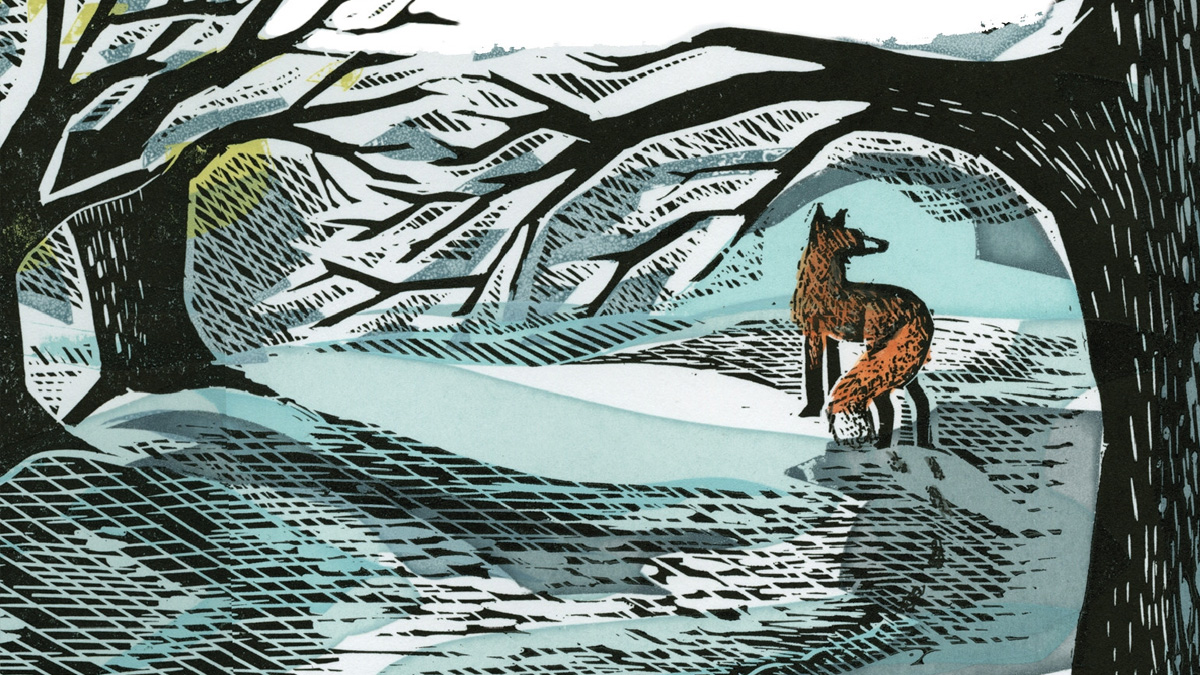 As every teacher of English Language and English Literature GCSEs knows, we are forever trying to achieve a balance between instilling a love and appreciation of the written and spoken word into our pupils, alongside the different – but vital – task of arming them with the skills required to pass their two GCSE English exams with the highest possible grades. A thin line, a tightrope, as it were, that we have to keep a constant watch on because that balance is so important to achieve.

Ted Hughes, Poet Laureate from 1984 to 1998, was intensely aware of how the business of analysing literature has the potential to stifle an innate love of the subject and the creative process itself; he famously decided to stop studying English Literature at Cambridge University and swapped to Anthropology and Archaeology instead, for the very reason that it would enable him to maintain and develop his creativity. Or, in his words, to escape the "terrible, suffocating, maternal octopus" of literary tradition. His most famous poem is arguably The Thought Fox, a short and strikingly beautiful poem about the elusive nature of creativity. Hughes knew that state of being where “with a sudden, sharp hot stink of fox // [creativity] enters the dark hole of the head” was not an easy one to achieve.

One thing that English teachers and poet laureates have in common is a passion for, and absolute conviction in, the importance of language. When I look back to where my own love of language came from, I see a complex web of sources: the books I was read as a child; the books I started to read myself as soon as I was able; growing up in a household with three far older half siblings and the political debates, indeed arguments, that raged at times across the kitchen table; my great good fortune to have attended one of the last state schools in the country (clears throat) in the 80s that still taught Latin; and being in the very last year group able to take that dead, but oh-so-alive, language at A’ level before the numbers dictated it an unviable learning experience.

But my love of language, in terms of the nuts and bolts of a subject, found its home when I took a course at university, entitled Language for Literature – a course which armed me with a whole new way of reading literature… through the lens of linguistics. Studying for my degree as a mature student with three small children meant that taking on anything ‘extra’ was no mean feat. It was, however, more than worth it. Any pupil, past and present, who’s been in a GCSE lesson with me knows that I have a particular passion for linguistic analysis. And this is just one way of going about the study of texts. The beauty of studying English is that there are as many ways to be taught it, as there are English teachers; we all bring our own personal interests to the table of this rich and wonderful subject.

Those of you with eagle eyes may well have noticed that I’ve just committed two faux pas in terms of writing, having started one sentence with ‘but’, another with ‘and’. That is in fact another fascinating aspect of studying English – that once you know the ‘rules’ inside out, that’s when you can start breaking them for effect. So, what of these rules? Our pupils now pick up marks in both of their English GCSEs for technical accuracy. Part of our job, therefore, is to enable them to make their spelling, punctuation and grammar as accurate as possible. Accurate SPaG, after all, equals actual marks in exams. Surely – reason enough?

In short, no. Accurate SPaG is to my mind a linguistic form of manners, politeness. When we spell “your” or “you’re” correctly, we are making it easier for our reader to understand what we are writing; we are giving them signposts to meaning, helping them navigate their way through the words we want them to read. When we punctuate our sentences accurately, we are offering a form of courtesy – you are important enough to me, our writing says, that I don’t want it to be hard work for you to decipher what I’m trying to communicate. When our grammar is correct (and that’s a rabbit hole I won’t head down now), we are clearing our reader’s way, so they don’t stumble as they journey along the path to understanding the sense of what we have written.

Back to those exam halls though...

When pupils learn about language, they may understand, for example, that an imperative verb is a command verb and, when they understand what a command verb is (very useful by the way), they are on the way to being able to spot them in texts and discuss their effects. In turn, they will gain recognition from a GCSE examiner who will give them marks for this ability to analyse said imperative verbs. When Lady Macbeth has lost her mind at the end of Shakespeare’s Scottish play and looks at her hands, crying “out damn’d spot”, one of the ways the audience can tell she has lost her mind is because she’s trying to tell/command an imaginary spot of blood on her hand to go away… Incredibly peculiar the more you think about it; exceedingly useful to know in an English Literature exam.

This is not our only use for this type of understanding, though; so here’s where, as English teachers, we are back balancing on that tightrope. Knowing that imperatives are a form of exerting linguistic control or power, that they can be overly aggressive and forceful and that a question might serve us better, is actually a great life skill, one that will hopefully help our pupils communicate more effectively as human beings. “Give me that pen” is just not a pleasant way to speak to anyone. “Can you pass me that pen?” is far more polite, far more pleasant and ultimately far more effective. Even better with a please on the end.

One word, a world of difference

So, yes, we want our pupils to go into those GCSE exams (for two separate and discrete subjects, Language and Literature) with the tools in their kits to be able to discuss and analyse texts they are both familiar with and those they see for the first time on the day of the exam. Even more importantly, however, we want our pupils to venture out into the big wide world – into life – with the tools in their kits to communicate, to the very best of their ability, with all of the human beings they will come into contact with every day, be they family, friends, strangers or colleagues. We want them to know that, if they start an email to a colleague with a “Dear” or a “Hi” (when they get to know them better), rather than just barking out a name or not even giving someone the respect of using their name, that they will make their colleagues feel at ease, valued. One little word nearly always makes all the difference.

History, both distant and more recent, has shown us that language can be a cause for both good and evil. Hitler was not a dangerous man so much because of the views he held, his ideas, but because he was so very skilled at using language to persuade other people to go along with his ideas. Language has the power to enlighten but also to blind. With language, we can bully and fight, or we can use language to tell people they matter and give them a linguistic hug.

Now, don’t get me wrong – I’m not for one minute suggesting that we can (or even should) all know or care about the minutiae of language. My middle son is severely dyslexic and, although now in his mid twenties, still calls me up to ask the difference between “know” and “no”. He’s an engineer and creates designs that are totally beyond my abilities, with far more love for literal nuts and bolts than the metaphorical ones of language. He talks to people with care though, makes them feel good, and of that I am immensely proud. What I believe and what I hope for our pupils is that they are alive to the fact that the words we use matter, the way we talk to people, communicate with them, write to them matters. We can be aware that language matters are matters which are worth a second thought; we can be aware that language, in fact, matters.