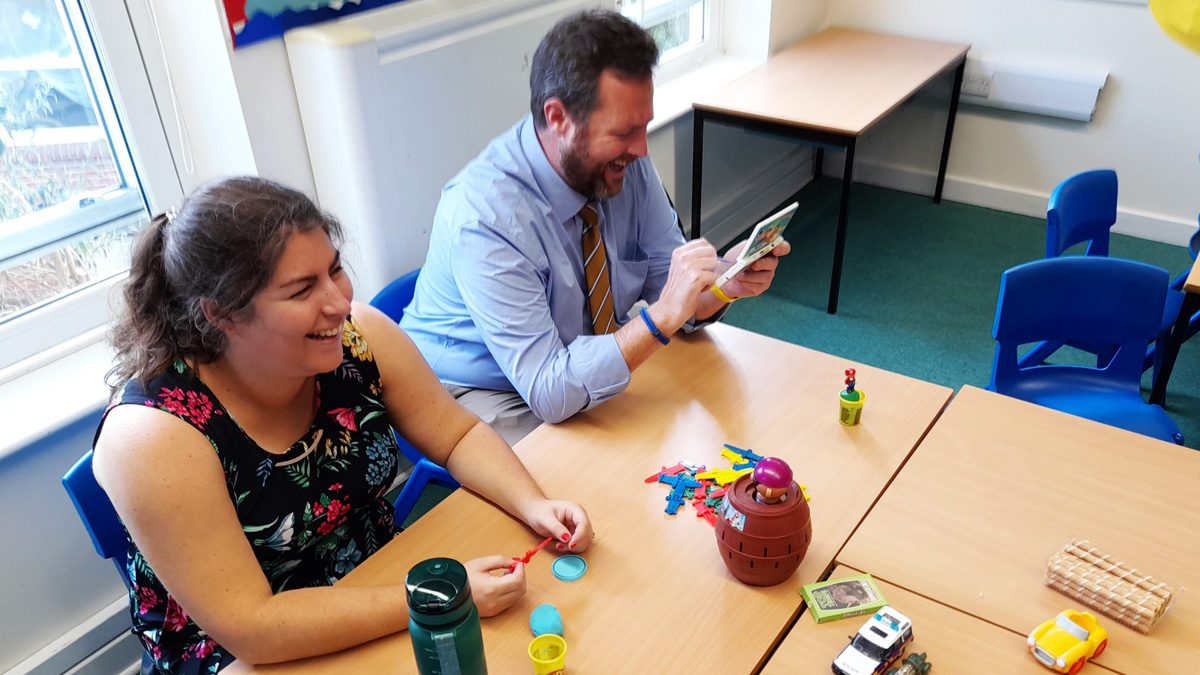 The Importance of Pressing Pause

Since returning in September, Mayville staff have been focussing on developing coaching skills and dedicating more professional time to refreshing our pedagogy (knowledge about teaching and learning). The focus on coaching was seen as a particularly important way to begin: coaching skills can be a key part of the way we can support each other, and pupils, in the process of learning. This week, staff have enthusiastically taken part in follow-up interactive sessions to explore further areas of interest, such as supporting the emotional needs of children and supporting children transitioning between different key stages.

In the coaching session which opened the year, staff engaged in role-play exercises, to explore the impact a listener’s behaviours can have on the emotions of people who are sharing important information. Staff worked in pairs, where they took it in turns to speak to each other about their morning routine. In the first instance, the listeners were asked to deliberately not show positive listening skills. Looking around the room, there were staff who were turning away whilst their partner was talking, or picking up their phones to look at their text messages. After the exercise, staff explained how it had made them feel unvalued; as one member of staff expressed it, "I felt like an inconvenience.” I thought, “She doesn't care, why am I here?”

When the exercise was repeated and staff gave their partner positive body language, facing them, nodding their head, asking questions and focussing on the speaker, the change in emotions was stark. Staff described how different it made them feel – happy and valued, trusting that they were being listened to and mattered.

Working with children every day who have many needs and many questions is a privilege but it is also challenging sometimes – to make sure we are supporting children when they need us whilst also delivering great lessons. This inset was a lovely reminder of the impact you can make sometimes if you just stop, pause the million and one things rolling around on your mental to-do list and really listen to the person you are with.